Unless you don't care about books at all (in which case you most likely aren't reading this review anyway), you probably know that this week saw the publication of Dan Brown's new novel, The Lost Symbol. Hot on the heels of his last bestselling novel, 2003's The Da Vinci Code, Brown's new book has been generating a lot of buzz around the literary world. It hit the shelves on Tuesday, so I figured I would pick it up and check it out for you guys.

The Lost Symbol follows the events of a hectic 12-hour period in the life of Harvard symbologist Robert Langdon as he tries to decipher ancient codes and puzzles in order to prevent the unspeakable from happening. Wait a minute, wasn't that the plot of The Da Vinci Code? And Angels & Demons before that? Hold on. The Da Vinci Code took place in Paris and London; Angels & Demons took place in Italy; The Lost Symbol takes place in Washington, D.C., and they all have different love interests. Phew, that was a close one. So anyway, Robert Langdon is called in to solve a mystery that only he can solve, because apparently no one else in the world knows anything about history, symbology, architecture, or the occult. Langdon's a middle-aged man with an academic background, but he keeps in shape by swimming laps in the Harvard pool every morning, so he can handle huge adventures like this every couple years. 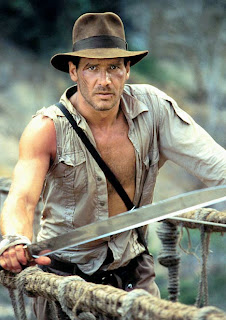 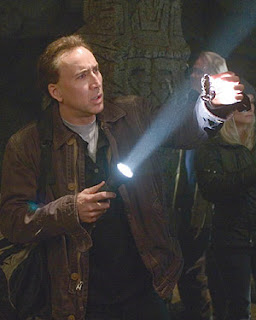 Oh wow, this is so embarrassing. 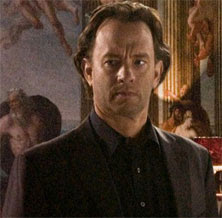 There we go, sorry about that. Where was I? Oh yeah, so Dan Brown's new book, The Lost Symbol, is amazing. It's like nothing he's ever written before. Robert Langdon gets called in to help solve this mystery that only he can solve, that revolves around ancient symbols and legends that only he knows of somehow. There's a family secret that gets revealed towards the end (that doesn't happen in his other books, right?), and hidden chambers beneath famous landmarks, and what else? Oh yeah, there's a no-nonsense investigator and a really bizarre, larger-than-life villain who's determined to make sure that Robert Langdon does not survive the night. How does Dan Brown come up with this stuff?

Seriously, though, folks. Despite the fact that The Lost Symbol is almost the exact same book, with the exact same plot, and a lead character who is extremely boring and seems to have lost a lot of personality since the last book and is now virtually a walking encyclopedia instead of the main focus of the story, it's actually very suspenseful and fun to read. It's a little too long, though, and slightly anti-climactic, and he uses italics at least sixteen times on every single page.

Somehow, despite all of that, I still enjoyed reading this book. Like I said, it's suspenseful. Brown never enters a scene without teasing a new mystery, and never answers a question without posing another. The chapters are short, which keeps the book moving along at a decent pace, and there's a ton of action to keep things interesting. I'm also a fan of the whole idea of this pseudo-factual historical puzzle genre, so I like seeing the characters figure things out. Sometimes I knew what was coming, but at other times I was completely wrong, and that's always a good thing. The book is a little too long, though. Towards the end, Brown gets really repetitive and his final summation of what the reader should have learned from the book is heavy handed—almost Ayn Rand-ish. He doesn't over-reference his other books, which is good, but on the flip side I feel like maybe the events of the previous two adventures would have had a more lasting effect on Langdon. Everything is tidied up nicely at the end, but if you're looking for a huge "OMGSHE'SRELATEDTOJESUSWTF" moment in this one, you're gonna be disappointed. I liked the book, I don't think it was a waste of my time because it was fun and kept me guessing, but it definitely could have been a lot better.

The Lost Symbol
by Dan Brown

Story—6.83
Brown needed to go above and beyond what he's already done in The Da Vinci Code and Angels & Demons, but he sticks with the formula instead. It's good, but the puzzles aren't necessarily more shocking or exciting than in his previous books.

Style—7
He's very good at writing this novel—considering he's done it three times now—and I'm sure on its own it would be much more exciting, but looking at this book in comparison to the other two... it's just formula at this point.

General—7.5
It's easy to read, easy to get through, keeps the reader engaged and guessing: theoretically this a great book. I doubt anyone would read this book and hate it. It just lacks the spark of a really good novel. Robert Langdon is not a very interesting character anymore. He hasn't grown or evolved, and could honestly be substituted for a good Wikipedia page in this one.

I can see why people might enjoy this book, but I doubt I'll ever pick up another one of Dan Brown's novels unprovoked ever again. Until next Friday, keep reading, Genoshans!
Posted by Brian McGackin at 11:20 AM